The Philadelphia Eagles, a privately owned National Football League franchise, are a long-standing emblem of sports in the Delaware Valley region.

The Frankford Yellow Jackets, the forerunner to the Eagles, was created in 1919 in a Philadelphia suburb by a club named the Frankford Athletic Association.

The squad competed in semi-professional football alongside adjacent teams until 1924, when it joined the newly founded National Football League. To accommodate spectators, the Yellow Jackets erected a 10,000-seat stadium.

The Philadelphia Eagles were founded by Bert Bell and Lud Wray, two former college football players. The Eagles were named after the Blue Eagle symbol that was used for the National Recovery Act which was introduced by President Franklin D Roosevelt to help raise awareness of business opportunities for Americans during the Great Depression.

On November 12, the Eagles played their inaugural game against the Chicago Bears. The Philadelphia Eagles are a professional football team in the National Football League. The team was founded in 1933 and won its first NFL Championship in the 1943 season. 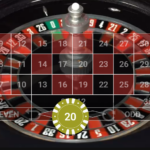 In the 1940s, due to the lack of manpower created by World War II, there was a shortage and therefore the Philadelphia and Pittsburgh franchises combined for one season and became known as Phil-Pitt or the Steagles. Greasy Neale of the Eagles and Walt Kiesling were the team coaches.

The Eagles won the Eastern Division of the NFL in 1988. From that season until 1993, Philadelphia, which was particularly dominant on defense, won 10 or more games in five consecutive years. The Eagles qualified for the playoffs as a wild-card club in four of those years, a feat they duplicated in 1995.

Andy Reid was named the team’s head coach in 1999. He immediately turned the Eagles into one of the league’s most dominant teams. Since 2000, Philadelphia has won six division titles, made nine postseason appearances, and reached Super Bowl XXXIX.

Reid coached the club for 14 seasons, the longest tenure of any coach in franchise history. Chip Kelly, the head coach of the University of Oregon, took over as head coach of the Eagles in 2013 and won the NFC East Division title in his first season.

Some players of the Philadelphia Eagles have found their place in the Hall of Fame. Reggie White, Tommy McDonald, Chuck Bednarik, Steve Van Buren, and Bob Brown are some of them.

The Philadelphia Eagles are a professional football team, based in Philadelphia, Pennsylvania. They have won 3 championships and are one of the most successful teams in the NFL.

The Eagles have had a long history and have won 3 championships so far. They are currently coached by Doug Pederson who took over from Chip Kelly at the beginning of 2016.

The Philadelphia Eagles were doing quite well until they hit a lull. But, after the changes in the coaching staff, they were on a tremendous rally to win back-to-back NFL championships. These victories have led to them being such great contenders.

The Philadelphia Eagles had a new coach in 1999 and with him came a change in fortune. The team reached the playoffs within the trainer’s first season with an impressive 5 wins over division opponents, eventually reaching the Super Bowl in 2000.

That season, Michael Vick took over as the Eagles’ main quarterback and led a youthful squad to a division title. The next off-season, the Eagles signed a slew of high-profile free agents, including cornerback Nnamdi Asomugha, raising their championship hopes.

Philadelphia, on the other hand, battled to an 8–8 record in 2011 and missed the playoffs. In 2012, the team had an injury-plagued 4–12 season, which resulted in Reid’s sacking at the end of the season. In 2013, a retooled Eagles squad won ten games and won the division, but fell in the first round of the playoffs. The Eagles slid back to mediocrity in the following two seasons after winning 10 games but failing to make the playoffs in 2014.

In 2016, Doug Pederson was hired head coach of the Philadelphia Eagles. Due to the brilliance of breakout quarterback Carson Wentz, Pederson, a former Reid assistant coach, created a novel system that swept the NFL in 2017. The Eagles won their division and advanced to the Super Bowl despite Wentz’s season-ending injury in the 13th game of the regular season.

Early in the 2018 season, the Eagles struggled, but another Wentz injury allowed Foles to rally the club to three consecutive regular-season victories, allowing them to sneak into the playoffs, where they won their first game before being defeated in the divisional round.

Wentz remained healthy for the 2019 regular season, but injuries ravaged the rest of the Eagles’ squad. Despite winning nine games to win the division, Philadelphia was defeated in the first round of the playoffs.

The Philadelphia Eagles’ colors are white, silver, and Kelly green. They use helmets throughout the years which often change. Our helmets now bear the symbol of an eagle on a Kelly green background and a white outline. The present uniform is of midnight green color.

One of the NFL’s oldest teams is the Philadelphia Eagles, who have been playing since 1933. To commemorate their 75th anniversary year, they’ve just released a special edition uniform.